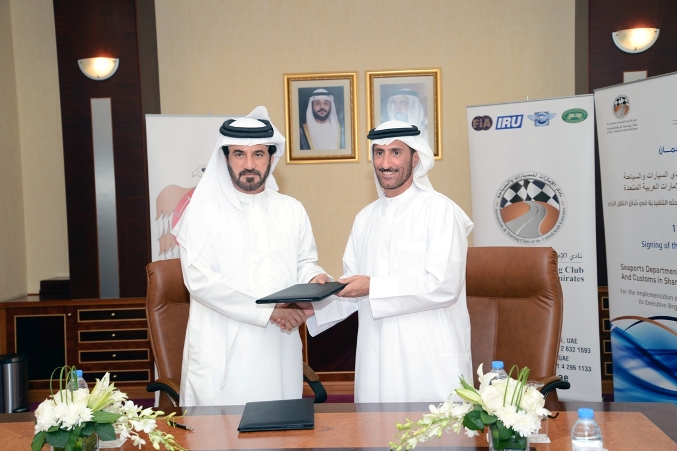 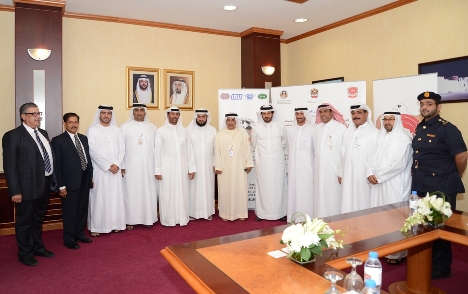 The Automobile and Touring Club of the UAE (ATCUAE) signed  on June 11 2015 an agreement with Sharjah Customs which will dramatically accelerate the movement of goods across borders.

Customs authorities in all of the seven emirates have now officially joined forces with the ATCUAE, marking a milestone in the development of the countries land transport sector.

The emirates will work together alongside the ATCUAE to introduce a global transit system which will effectively lead to a major boost for trade and transport links between the UAE and neighbouring countries.

Mohammed Meer  Abdul Rahman Al Sarrah, Director of the Department of Seaports and Customs, Sharjah  and Mohammed Ben Sulayem, President of the ATCUAE, signed the agreement.

Speaking on the occasion, Al Sarrah said,"We are pleased to have signed the customs agreement with the UAE Automobile and Touring Club, as this is an important step for the emirate, as well as the rest of the UAE, in guaranteeing that the international standards of road transportation are kept to the highest level."

"The signing of the agreement reflects the continuous efforts made by Sharjah’s Seaports and Customs to work effectively with the other emirates to ensure new standards of safety are implemented across the country," he added.

Currently linking nearly 68 countries worldwide, the TIR System provides major benefits for transport operators and customs authorities. It reduces transport costs by minimising formalities and delays through the use of standardised inspection methods, and international customs documents known as TIR Carnets, which are issued on behalf of the International Road Transport Union (IRU).

"We are delighted to have formed a working partnership with Sharjah Customs and are grateful for their invaluable support," said Ben Sulayem, who has previously signed similar agreements with the customs authorities in Abu Dhabi, Dubai, Ras Al Khaimah, Ajman, Fujairah, Umm Al Quwain.