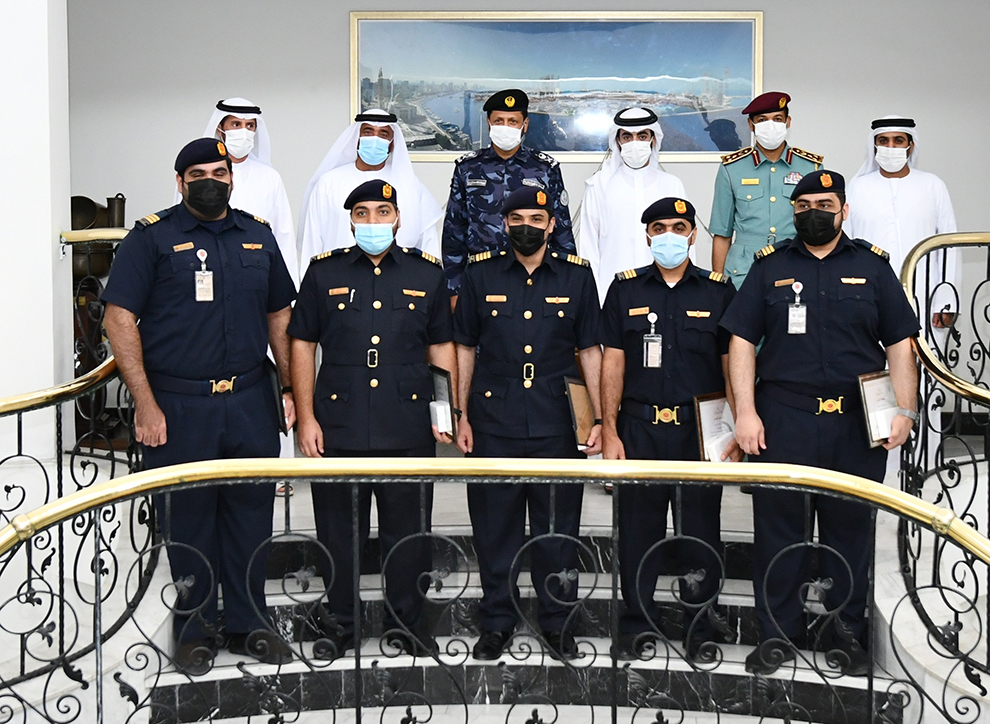 During the meeting, the Commander-in-Chief of Sharjah Police honored  several Customs Officers from Port Khalid Port Customs Centre, for their outstanding efforts, performances and professionalism in conducting their duties and  their close collaboration with Sharjah Police in safeguarding the borders from  the threats of smuggling drugs and illicit items.

The honured officers were: