Sharjah Customs Foiled a Smuggling Attempt of 123 Kg of Narcotics 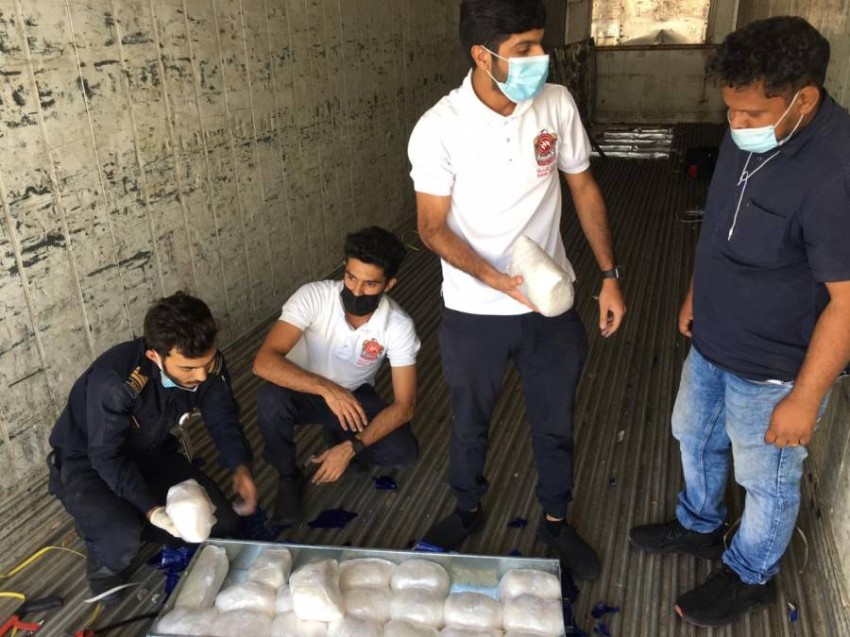 Sharjah Customs recently intercepted an attempt to smuggle 123 Kg of crystal (Methamphetamine)into the UAE which were hidden in the lower base of a reefer container carrying fruits and vegetables. The suspected reefer arrived from an Asian Country to a seaport in the Emirate of Sharjah in an attempt to promote the narcotics in the UAE.

During the normal checking of the container, Sharajh Customs inspectors became suspicious about the shipment and searched the container thoroughly and uncovered five hidden steel boxes containing 123 kg of the narcotic crystal material (Methamphetamine).

H.E. Ali Saeed Matar Al Neyadi, Customs Commissioner and Chairman of the Federal Customs Authority (FCA) praised the efforts of Sharjah Ports, Customs and Free Zone Authority in combating drug smuggling attempts through customs terminals in Sharjah Emirate and its great role in protecting the community from the evils of such dangerous drugs.

Al Neyadi said: “When it comes to drug seizures, Sharjah customs are in the lead among customs departments in the UAE in first ten months of 2020 (up to end of October) where Sharjah number of drug seizures reached 2521 representing 63% of the total drug seizuresin the UAE (3995).”

His Excellency emphasized that the vigilance and efficiency of Sharjah Customs Inspectors and officers and  the development of high customs performance at the customs terminals of the Emirate are playing a key role in enhancing the competitiveness in the United Arab Emirates and accomplishing the pillars of UAE vision 2020 by supporting the sustainable development process, adoption policy of economic diversity and increasing commercial exchange with the world countries as well as maintaining and preserving the security of the community.

“Sharjah Customs is a key participant in achieving the targeted Customs Sector objectives in the UAE index of seizures ratio as it reached 39% in 2019.”,His Excellency  concluded.